Welcome to Crudo 1st Issue. With the first issue we want to bring it to the roots - New York City, the cradle of hip-hop. NYC went through a major rebirth in the rap music lately. Today's probably most notable NYC based rap group is ASAP Mob, they brought NYC rap back to the mainstream. It spawned an inspiration in the NYC, maybe whole new genre. In this issue we gonna try to bring the best NYC based artists making it.


We want to make reading blogs an experience.

G4SHI (formely known as The Kid Gashi) took a refresh with his rap career. Cannot lie that I noticed him after this huge progress in art direction. Hopefuly he made step in right direction. "Lanas Song" is must see video and great song. Don't forget to follow @G4SHI, he is real dude.

Born in June of 1991 in The heart of New York City, Shaun D. Pressley Jr. Also known as Shaun Don is one of the leading songwriting hip-hop and R&B recording artist / producer's representing the Upper West Side of Manhattan. Shaun's first Mixtape project titled, "Generation Rx" was released June of 2012. In 2012 Shaun Don decided to link up with Matt Stoops and joined Raider Klan. In 2013 he started INDIGX LLC. 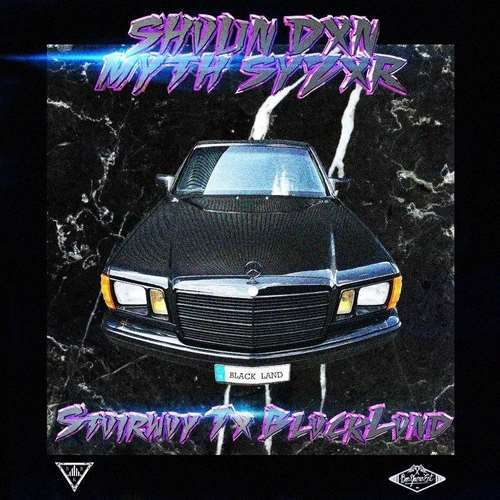 WARNING! If you are visting NYC at this moment, keep eye on your iPad device. We already saw Abgohard stealing iPad from the bitch in NYC. Now Awkwafina managed to rob someones iPad. In Awkwafina newest video you can witness iPad robbery, cat, couch sitting with hipsters and other stereotypes of today's rap music video. Song is very catchy and in this way reminds me of Kreyshawn - Gucci Gucci. Don't hesitate and watch "NYC Bitche$". And again keep your iPad in pocket while cruising through NYC!

AG is member of Show and A.G., better yet DITC - legendary NY hiphop group. AG released video (dir by Hill Valley) for track "Random" which is also featured on project "LUV NY". LUV NY is NY super group consisting of AG and OC from The D.I.T.C, Kurious, Kool Keith, Roc Marciano, and Dave Dar. Don't forget to watch AG's second video from the project above - "These Rappers Under The Hex" Learn and support NY.

Deep minded drug-affected lines straight outta Bronx. BITCHES IS CRAZY a.k.a B.I.C. is the name of toxic-smoking triple you shoulda keep your eyes on. DOPM is name of their last 2 in 1 video which definitively worth seeing and thoroughly listening. If youre also built-up for Bronx shit and want to know more day-to-day stories there, go download their last album "INFLUENCE" including miscellaneous tracks.

Harlem rises. Again. Just ask kid Perrion about that. Young emcee clearly "Gettin' It", ergo it's nice to hear that his fifth full length offer "From Perry with Love" is on the way. At least it seems so. First drop from the project comes with the title "Get a Job", and some 90's nouveau flava included. Song is produced by a someone shockingly named Crudo Means Raw—so this was a sure shot anyway.

Listen "Brand New" song from Sam Siegel where he spits some real shit over Clams Casino classic instrumental. Song was released as sample for his forthcoming mixtape which is scheduled to drop in June, 2013. As for now you can read short interview with Sam.

Sam Siegel, thank you for your time and introduce yourself to our readers.

SS: The pleasure is mine man. My names is Sam Siegel, that young fly Italian Jew, reppin uptown NY.

Word around town is that you are working on mixtape coming out June, what can we expect ?

SS: Yea I do have a tape coming out in late June. I'm not releasing the title yet, but its really a great project. A lot of different sounds, no song sounds the same. Different flows and emotions for each record. Its crazy. And there a dope features on there too, mostly rappers out of New York, but I got people from all over helping me on this project. All to tell this story.

You have video with Perrion, he's very unique artist. Is there any chance that you guys will work together again ?

We choosed NYC rap scene as a main topic of the 1st issue. How do you feel about todays NY rap scene ?

SS: NYC is buzzing right now. Everybody's eyes are on us. The underground scene is crazy right now. 4 years backs nobody was paying to see underground rap shows. Now everybody comes out to shows. We've taken over the nightlife. There are so many talented rappers out here doin shows and makin music. And we all here for one thing. To talk our shit. The rap scene is small everybody involved knows each other. Not everybody fucks with each other. But if you puttin out music and rockin stages we know who you are. It gets competitive and sometimes dirty. But shit, so does everything haha. But yeah the NYC scene has really taken off the past couple years and its a blessing to watch it before my eyes.

We are very excited about this project already. Thank you for in depth answers, stay fly and raw. Anything you want to add ?

SS: To all that's readin this interview, watch out for me this year. Imma be every where. S-A-M S-I-E-G-E-L. Come fuck with me. Good Looks.

Ab goes hard that's for sure. Recently he went to the toilet and shoot a video "WHAT RACE". This song might be a sample from Zubat - highly anticipated album from Abgohard. Cannot forgot to mention that Abgohard is member of InnerCityKids. NYC group which was featured in Crudo "Demo Issue".

Art rap straight out from Brooklyn that's Zebra Katz. Get into his world via tumblr.

Spaceman is member of infamous NYC group InnerCityKids, he's the one who do drugs, live in cyber chaos and spit some spaced out raps. Watch his newest video nooooow, it's crazy Strange Universe Killstyle

Kris Kasanova is Brooklyn based rapper. He was raised in hiphop family background. Kris got very clean sound which is heavily influenced by the New York rap. Kris started rapping in age of 10 and released his first mixtape entitled The Long Way Home back in 2010.

MeLo-X is a sonic creator. Incorporating kaleidoscopic influences from Eminem to Nirvana, from Picasso to Moses, from the sweet scent of Jamaican mango trees to the pungent stenches of dark New York City corners – this Brooklyn native fuses together vibrations of soul, electronic hip hop, old school reggae and new school basement party.

In March, 2013 MeLo-X released EP "GOD: LoFi" This project is definetly worth of listen. Sound of the EP can be tagged as lofi, ambient, electronic, pop.

Watch out for hist debut mixtape "R.E.B.E.L" aka Revolution Exists Behind Every Leader released today 22nd May. Definitely keep your eyes on him in next months. He is gonna be big undoubtedly. Expect the unexpected.

Emotinal rap has been here for long time, first who comes to my mind is Drake, but you probably know that Drake is like a very far away from being a truly sad. From higher perspective the real founder of the sad rap is Pepper Boy. It's sad that, although he didn't named it. But really, who give a fuck about some genre tagging anymore? So we are here getting the real deal - sad wave with similar sound to so-called cloud rap. Yung Lean Doer reprezenting Sad rap in Swedden, EU and Little Pain is based in NYC, US. #SadBoys and #SadGirls get ready for Little Pain's When Thugz Cry mixtape. It's definitely dropping sooner - or later :(

Ka is real jewel of todays rap game. He is not a rapper, he is an artist. "Grief Pedigree" is one of the best albums to come out from streets of NY lately. No hashtags, no materialism, no ego boostin. Ka is raw street rap and yet more. He shoots his music videos, he produce his albums and he's definition of lyrical rapper. Grown man shit. Ka's music is like - sit down, relax and actually listen to the words.

If you are already familiar with Mr. BrownsvilleKa watch his new video from the upcoming album, The Night's Gambit. Video was directed and edited by Ka.

Your new mixtape is called Mr. Briggs, I suppose that its going to be a lot about your personality, tell us all about this project.

Dom: Well, the project is actually an album. It's kind of an continuation from my "A Gemini's Tale" project. Just about me growing up.

We did interview with Sam Siegel, he tweeted that you are going to be featured on his mixtape, right ?

Dom: Yes. Sam is my guy. We knocked the record out about 2 months ago.

How do you feel about todays NY rap scene ?

Dom: It's beautiful. Every borough is having its own renaissance. Expect nothing but greatness coming from the city.

How it has changed in past two years and why ? from your point of view ?

Dom: The only thing that is different is publicity. It's hard to make it in this city. Artists are getting their PR on point.

What about your rap career, how long do you rap ?

What was the reason that you started takin it seriously back in 2010 ?

What music you listen to right now and also do you watch some TV Series ?

Dom: When I do watch TV I'm on Cartoon Network or MTV2 or SportsCenter. I haven't really been listening to anything recently. Just working.

Thank you for the answering questions, is there anything you want to add ?

Dom: Yeah. Shouts out to my teams. JohnnyPark and Uptown Vernacular.

The Doppelgangaz are no rookies in the game. Their first EP "The Ghastly Duo" was released in 2008. They ain't the ones who follows actual trends not meaning their music isn't on point. Expect nothing but rough New York beats and dope raps. Don't forget to buy their newest album "HARK".

Black Dave is young, inteligent and raw. When I first saw Black Dave rapping and grinding on skateboard through NYC I tought "that's young Kareem Campbell back" (famous NY skateboarder). First of Black Dave is skateboarder and second he's rapper, dude got a lots of talent and his music is definetly worth of listen. His most notable singles are "On Da Map" and "MuthaFuck! My Enemies" from his mixtape "Stay Black". Stay true, stay real, keep ya﻿ bucket low n stay black.

Mykki Blanco is one of the most interesting and controversial artists of todays "undeground music scene". Mykki describes himself as a "Acid Punk Rapper" and his music is true reflection of lifestyle and culture he is connected with. Same as Zebra Katz and Le1f his thing is full of art and freedom.

"Cosmic Angel: The Illuminati Prince/Ss" is his newest release to date and Mykki says following words about this record:

Cosmic Angel is my way of welcoming the world into my reality, the weirdos, the freaks, alternative black merican culture. Sexuality figures in last, were talking street life, night life and under the flashing strobe light or the soft glow of the moon everyone and anyone is a Cosmic Angel. - Mykki Blanco

90's sound is getting heavily back lately. A lot of NYC artists use a classic boombap era beats but what is actually missing in the game is some playful funky shiiit. And thats why Phonyppl are here! Download their latest album "53,000" and get into a phony land.

We are incredibly happy that we delivered the 1st official issue to you. We are also happy that you are actually reading this and we hope that the content was enjoyable for you in the same way that was for us.

What we are not so happy about is that a lot of talented artists didn't make it here. So let's shout out them at least - Fred Pharaoh, Kyle Rapps, 40 THOUSAND, Ratking, Frank Ramz, Ting, Tim Vocals, Bryant Dope, AG Da Coroner, Meyhem Lauren, Kool and Kass and Roc Marciano.